The Boo-Ha-Ha Clan are a famously good-humoured Night Goblin clan that, long ago, infested the ruins of Lugrumdumbz and the nearby mountain passages near the infamous city of Krüll. They have a propensity for practical jokes and sabotage, as well as an incredible thirst for potent Fungus Brew.

The Goblins of The Boo-Ha-Ha Clan are never happy unless they are heavily intoxicated. The clan is more often than not raiding distilleries or celebrating pointless, hilarious deaths in their dank hideout. More exotic and toxic fungi grow in their caves than almost anywhere in the North, which allows a healthy Squig population to exist. Soldiers and mercenaries should be aware that The Boo-Ha-Ha clan are highly specialized in Squigly warfare and have a large number of Fanatics among their ranks.

Though Imperial propaganda insists that the clan is relatively harmless, more likely to sleep off hangovers in their caves than come out to fight, this could not be further from the truth. Many a traveler has been caught off guard by hordes of Squigs and tornadoes of Fanatics that suddenly burst from the caves and ruins.

Da Boo-Ha-Ha Klan are, perhaps, my pride-and-joy army. You know the one, that force that captured your heart and imagination. The one you keep coming back to, refusing to call finished. That’s them for me. I love these little grinning, green guys.

This army was born out of a huge collection of unpainted Night Goblins from Battle for Skull Pass and Skaven from The Island of Blood. I hadn’t painted a “horde” style force before, and thought it would be an interesting challenge. After a month or so, I’d painted more than 100 Goblins and developed repetitive strain injury. But it was worth it.

There are a number of conversions among the ranks that I’d like to note and share, in particular the “Slaya” and the Hob-Goblins made from shaved Skaven slaves (with their tales cut off as well). 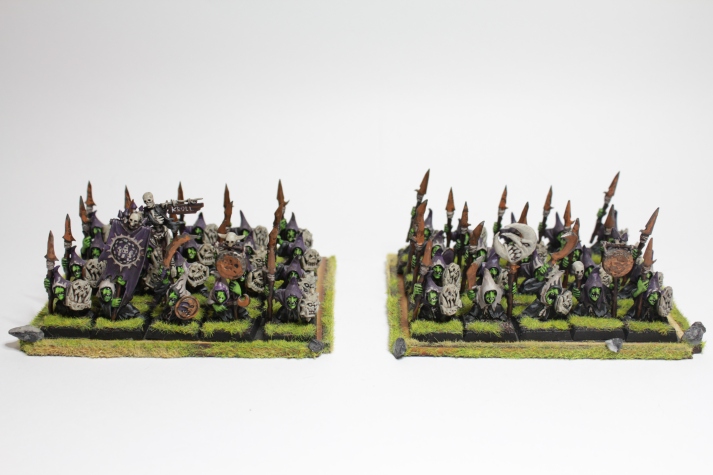 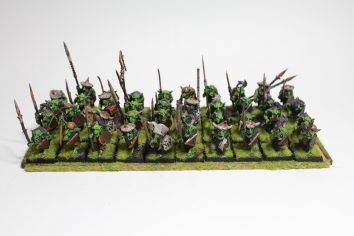 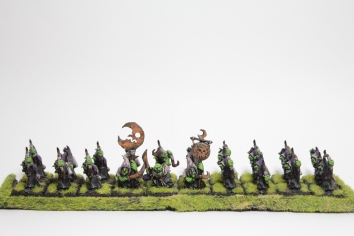 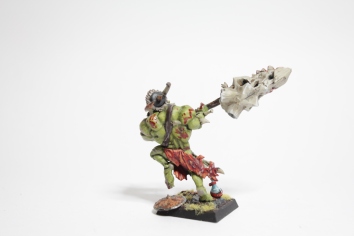 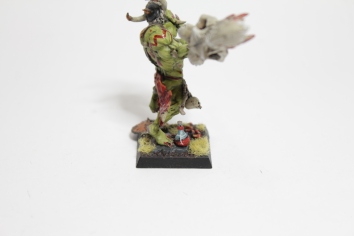 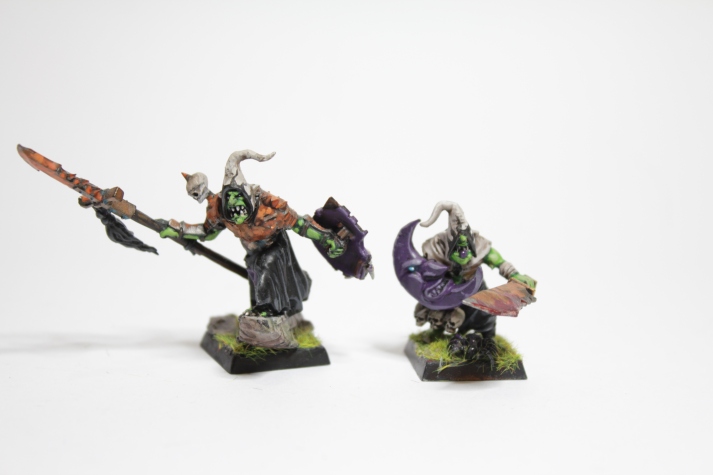 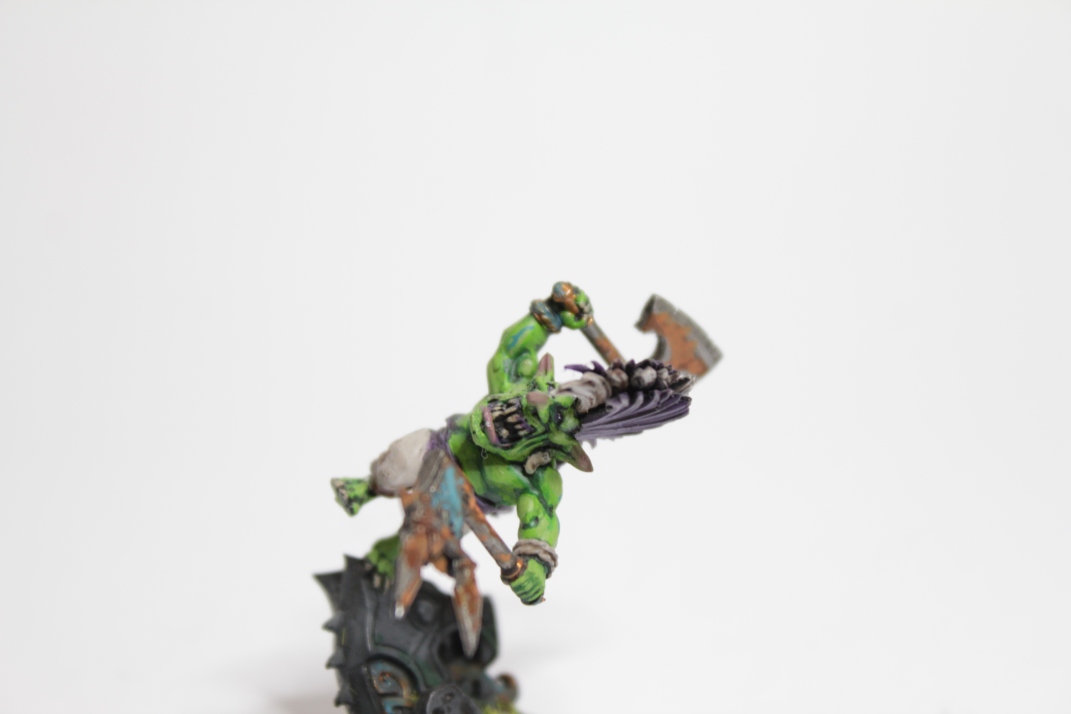 The plastic Dwarf Slayer served as an interesting base

This web site is completely unofficial and in no way endorsed by Games Workshop Limited. Header Photo: "The Emperor Sits on His Golden Throne" by John Blanche, 1987. Various properties and devices used for artistic purpose without intent to profit. Used without permission. All Rights Reserved to their respective owners.