In the dark temporal forest of 2014, Games Workshop Adelaide began hosting a monthly paint club. Each month we picked a single model and everyone in the club painted it to the best of their abilities for the prize of picking the next model. It was an expensive game, but one that really pushed you learn knew techniques and learn from one another.

One of the models to be release that year was a Finecast Warrior Priest, who I painted up as a Witch Hunter, complete with burning brazier and eye-patch. This was my first time painting realistic fire (white at the base, darker to the top, rather than the other way round), and also such fine clothing details. The tartan wasn’t really the most… thematically Germanic choice, but it was a stylistic choice to represent hardened woodsmen from the realm of Hochland.

After painting the Witch Hunter, I just had to keep going. The grittiness and personality of Mordheim really entranced me. I had to make some sort of gothic fantasy fighting force of desperados and zealots, and so was born the Hochlander Hexenjäger! 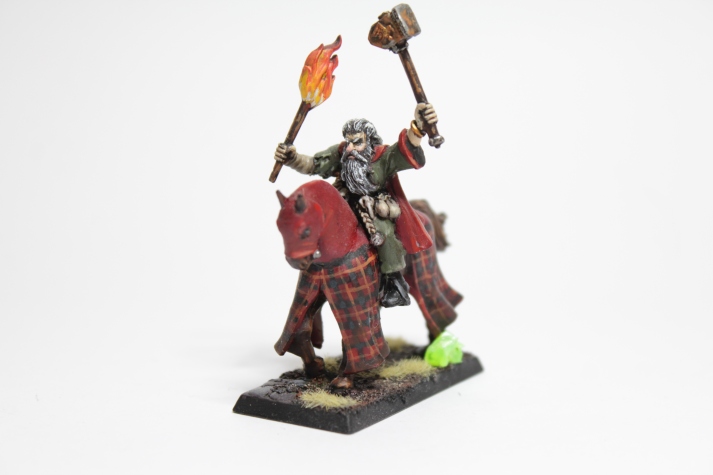 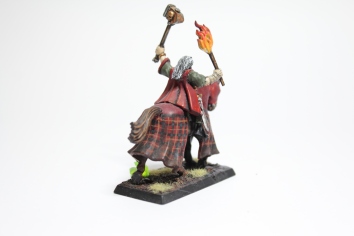 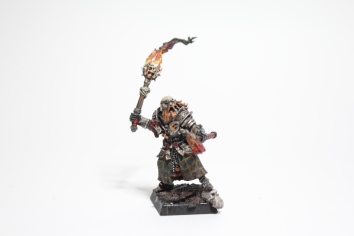 The Original Hunter, a pious and hate-filled man 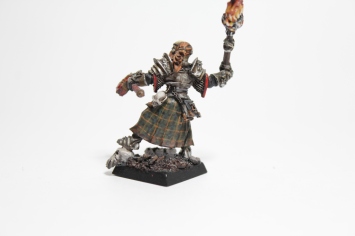 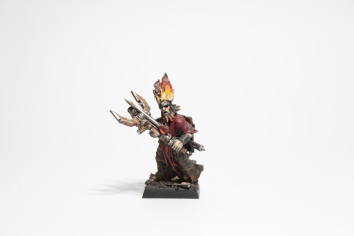 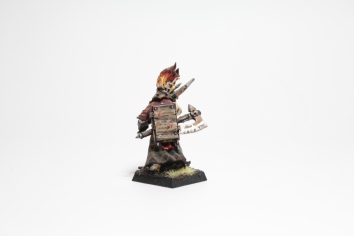 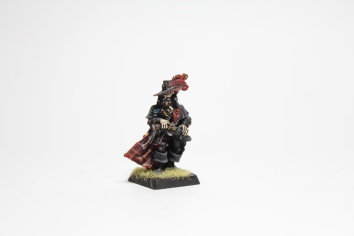 A Witch Hunter with brace of pistols 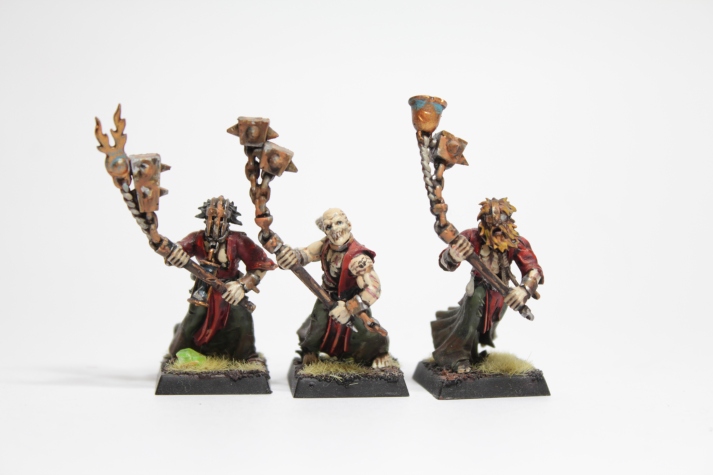 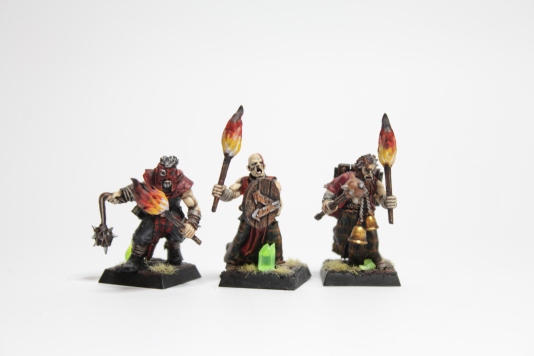 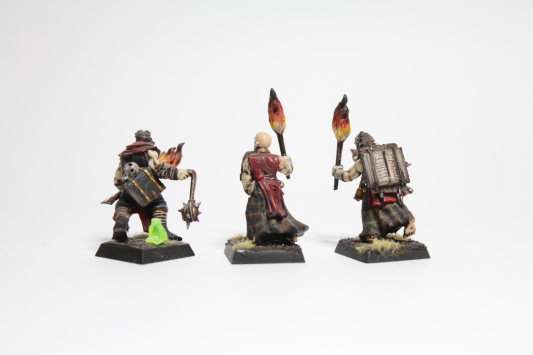 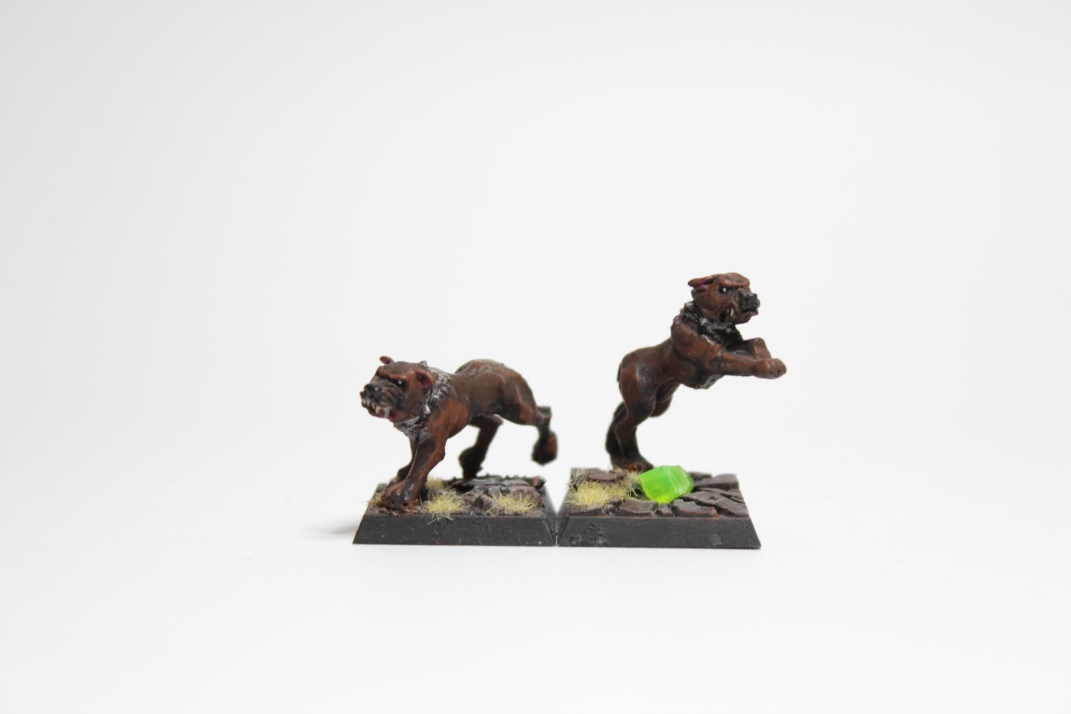